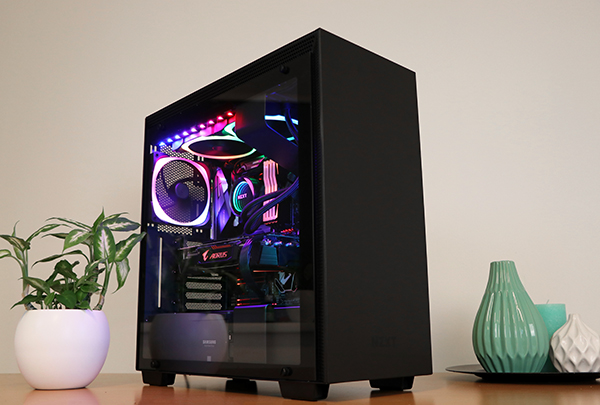 Slight change of plans. Before we start testing we’ll actually be building our high-end gaming/streaming rig first. Why? Because we can, and because it looks damn good! .. and it also happened to be more convenient in the planning 😉

We didn’t set a budget for this build, we simply wanted it to be one of the best gaming systems money can buy without going completely mental. So we have some budget for some RGB stuff, but skipping on the obvious budget-killers like custom loops and SLI. Price of our gaming build for today ended up about 2800 EUR excluding software and peripherals. Still a pretty penny, but to be expected with the current GPU and NAND market I guess. Now keep in mind we are building this as a gaming system first, and we’ll work towards what we’ll change for streamers in the future.

The GPU, graphics card or videocard is the prime factor in gaming performance and as such the first part we’ll build around. And right now there is simply one card that rules: the Nvidia GeForce GTX 1080 Ti. AMD’s Vega and Nvidia’s own GTX 1080 non-Ti simply don’t match the sheer power this thing offers. So basically if you want to go big, you go GTX 1080 Ti. That is if your budget allows it of course, as they’re going for around 1000 EUR now, ouch! (They were closer to 750 before..) 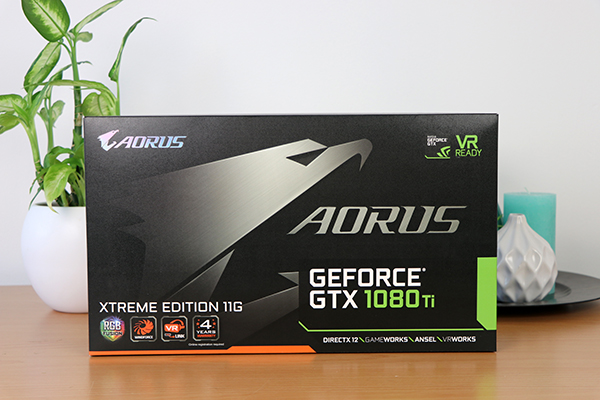 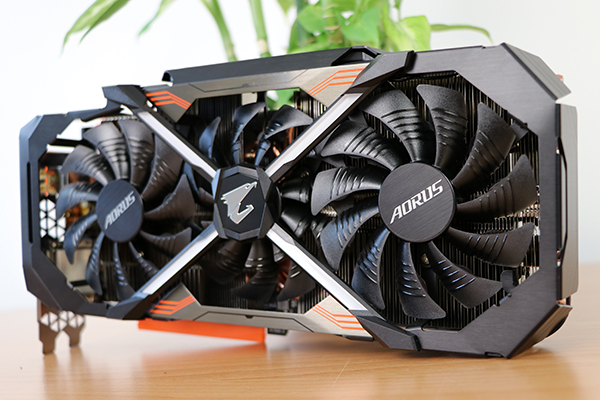 We’re going with the Gigabyte Aorus Xtreme variant. We reviewed the non-Xtreme a while back, but the Xtreme is slightly faster, slightly more ‘in your face’, and our main ‘like’ about it is the extra (fourth) year warranty. Warranty is good!

Now even though we know there is plenty to be said for Intel’s Core i9 or AMD’s Threadripper for heavy creative tasks our goal was to start with pure gaming systems first. For a pure gaming system with a loose budget the obvious choice right now is the Intel Core i7-8700K. Six cores, twelve threads, and plenty of performance per core makes it pretty much the go-go ultimate gaming CPU. 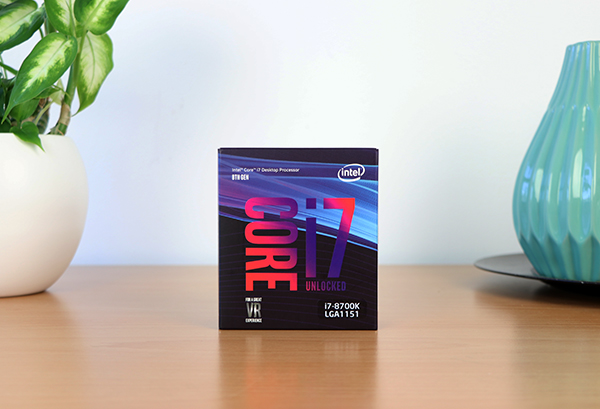 Motherboards you can generally choose more freely, but you should keep in mind that with an 8700K you want a half decent power delivery on your board, especially if we start looking at overclocking. We reviewed the Aorus Z370 Gaming 7 when it came out and one thing that stuck out was the insane amount of RGB elements on it, which we really wanted to go heavy on with our build. It’s definitely not the cheapest, but whereas our goal with the mid-range system was to keep it as reasonable as possible we want to go a bit further here just to make it look good. And subjectively at least, the Gaming 7 is a solid visual upgrade over the Ultra Gaming we used in the other system. 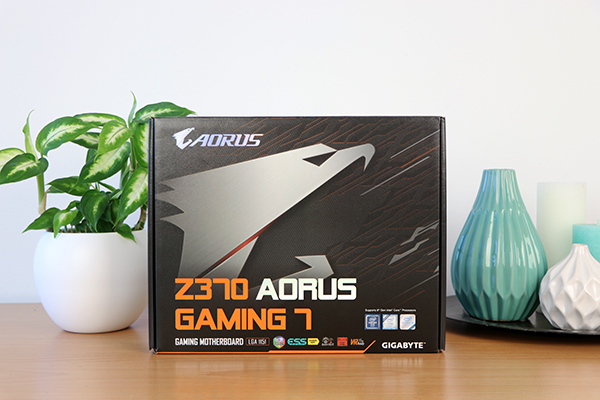 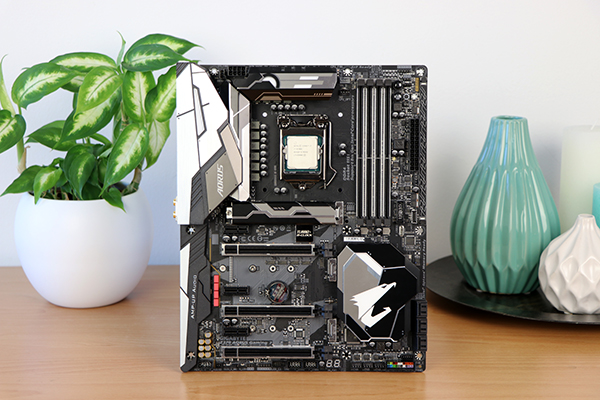 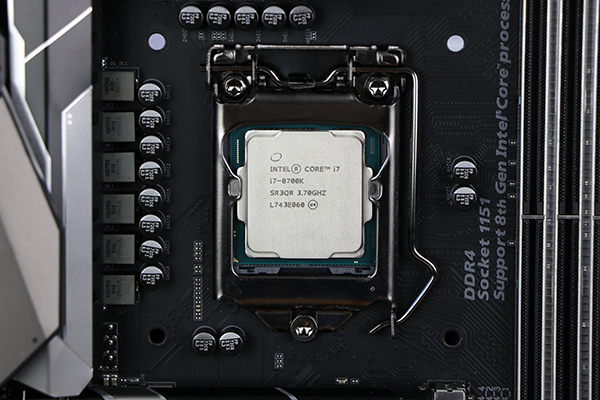 In recent months there was one cooling system which we used (far) more than any other for the simple reason that it looks so damn good. NZXT’s Kraken X62 has been a personal favorite since it came out and we’re sticking to it for this build today. This part also isn’t cheap, but it is a very solid performer, can easily remain whisper-quiet, and offers plenty of RGB goodness. 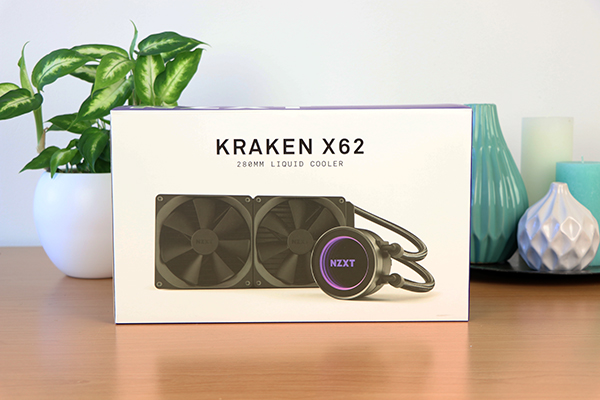 To add a bit more RGB to the mix we decided to add the NZXT Aer RGB fan kit (We need the kit that includes the Hue+ controller) and replace the stock fans on the Kraken with RGB units, we also added a third fan to the rear of our build for even more lights. It doesn’t make your games run any faster, but it looks good.

The pump goes on the CPU, the Aer fans on the Kraken, and we’re on our way… 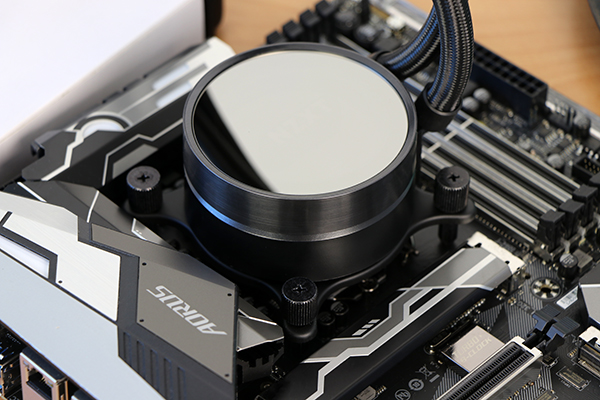 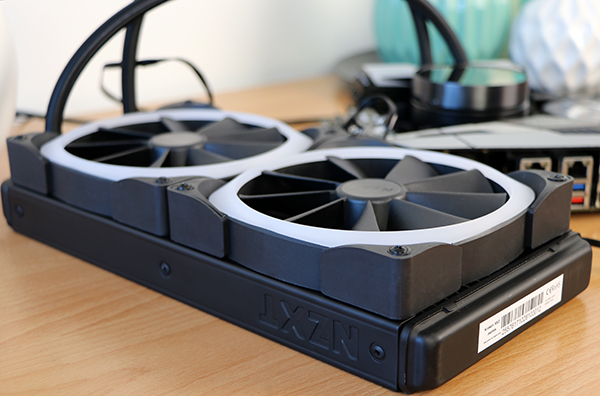 Like the GPU market the memory market is in a pretty tough spot. DDR4 pricing is up across the board and you’ll probably have to consider carefully how much you can afford to get. Now we are going with a 32GB kit here so we can dive into the differences between 16GB and 32GB for streamers later, but to make it clear: purely for gaming a 16GB kit will suffice even for a high-end build like this, even looking at the foreseeable future. 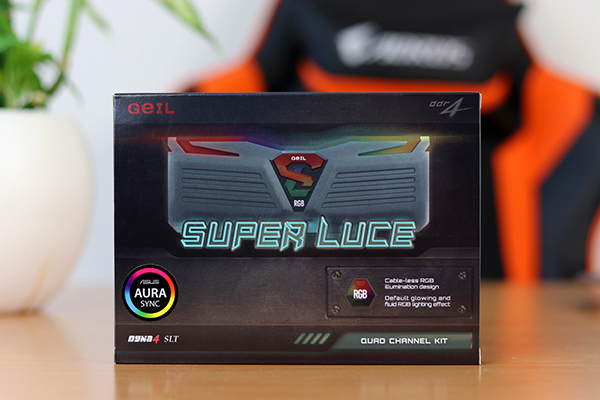 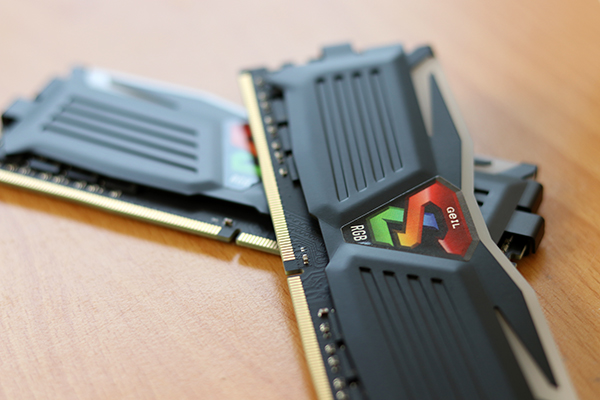 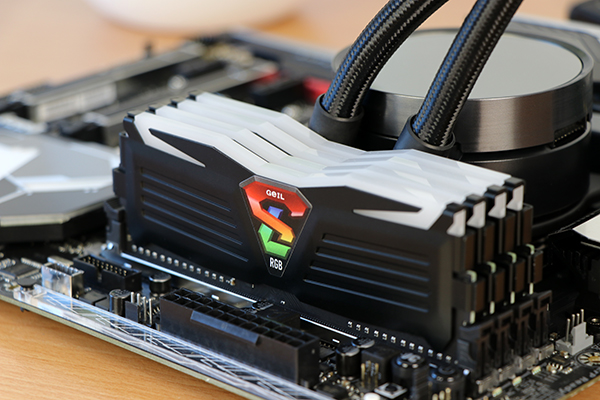 Now obviously we had to go with RGB on this one, and GeIL’s Super Luce DDR4 certainly offers that. I don’t think these pictures need any further explanation? 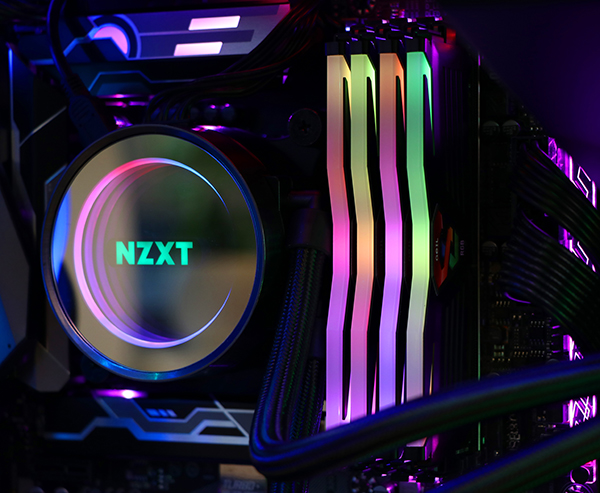 For our mid-end build we went with a fairly reasonable Gigabyte Aorus AC300W case. For our near-3K build we wanted to get something a bit fancier, tempered glass at least, but also something that looks the part inside and out. NZXT’s H700i was a case that we really enjoyed building in before with it’s top build quality, smart interior and integrated fan and RGB controller, so we decided to go for another one of those, yet this time in black. I’d say it arguably looks even better than the white version, although I’ll have a hard time letting go of either. 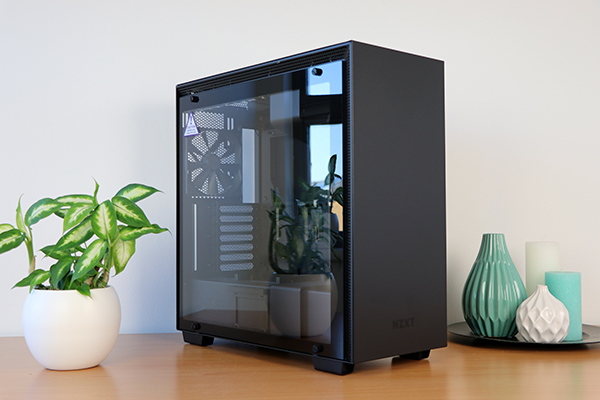 In go the parts, and it almost starts looking like a rig. 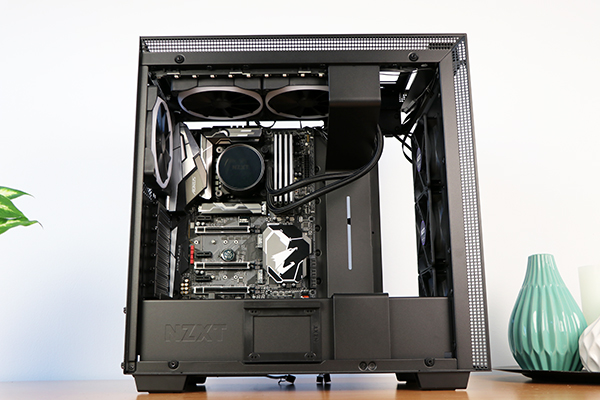 For the power supply side we’re using the Gigabyte G750H they kindly made available for us. This one improves on some of the points we found in our mid-range build. Semi modular means we don’t have to deal with any excess cables, and simple black cables are much easier to work with than ugly coloured ones. In hindsight we should have went with custom cables, but we might fix that a bit later still. 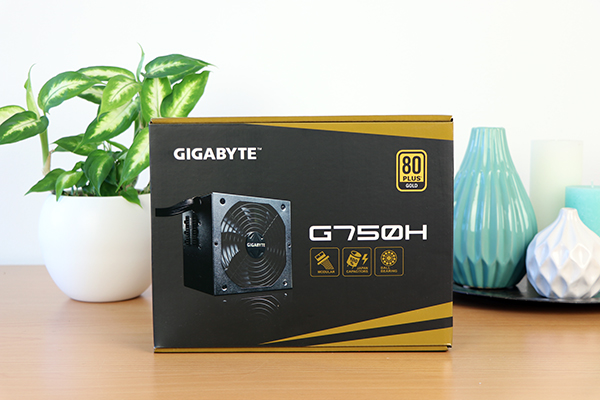 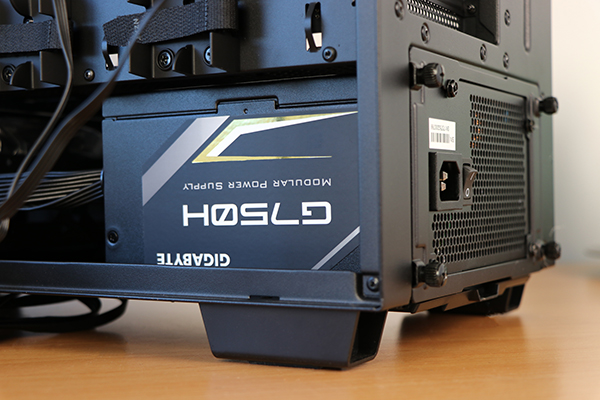 Keep in mind 750 Watt is still a bit more than we’d need for a system like this. Normally 550-ish Watt will be fine, maybe a bit more if you go heavy on the overclocking, so 750 Watt isn’t as crazy as it might seem but it certainly puts is in a safe area.

As far as storage goes you have a large amount of flexibility depending on your budget. Even though SSD’s don’t really impact actual game performance we do find it a vital part of any new system, it simply makes everything feel snappy and we wouldn’t miss it for the world even in super budget builds. We’re increasing our SSD’s capacity from 500GB to 1TB for this build as it allows us to run our entire games library we use for testing locally. Again going with the Samsung EVO series SSD for the simple reasons that it’s a solid performer, and quite important in our build: the SSD is clearly visible in this case and we need it to look good! 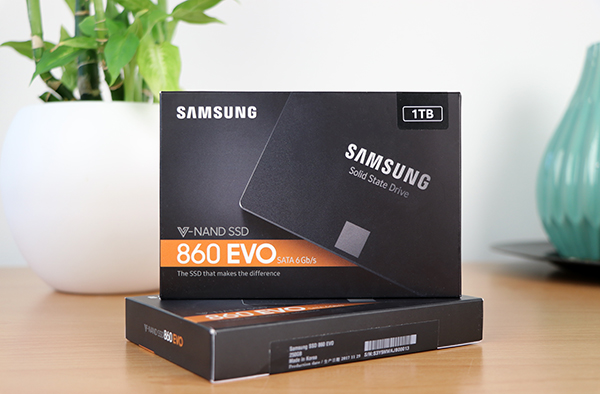 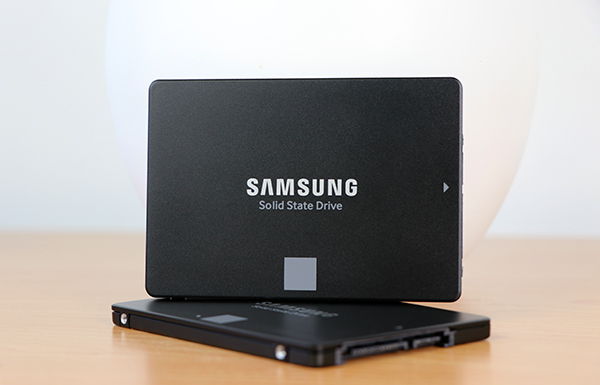 It’s an interesting topic, and I’ve had quite some feedback for complaining about the blue/white stickers that WD and Crucial put on their SSD’s. Now I realise the looks are often not a consideration, but with SSD performance not being that significant an element making the SSD look good is such a strong argument for builds like this. Samsung’s visuals are spot on in our book.

For this build we also added a 2TB mechanical harddrive. Partially because we had a couple anyway, partially because when we start recording we will probably eat through the SSD space easily.

In goes the SSD, the graphics card, and we have our pc! 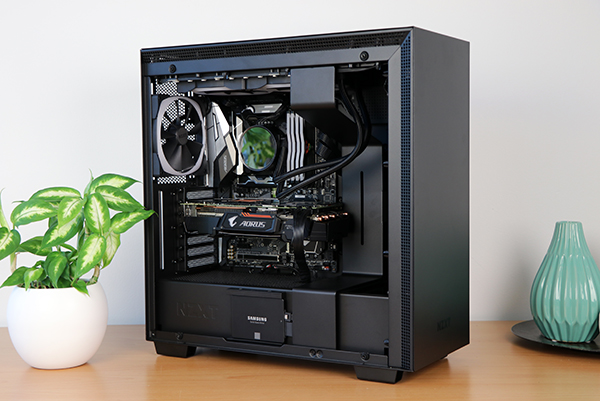 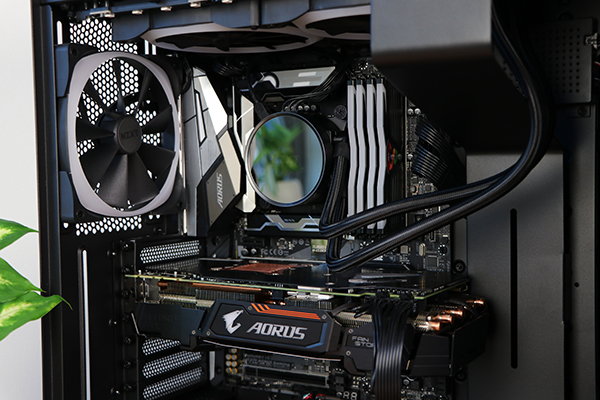 After gaming on this unit for a bit all we can say is “damn”. Now we will say again that we obviously didn’t have to skimp on anything here and that feels pretty good. We know a lot of folk consider the GTX 1080 Ti, and much of the fancier hardware we used today, overkill, but we disagree. We don’t think anyone should have to apologise for going after a kick-ass gaming system even if you invest a bit more into some of the niceties such as RGB -everything-, a fancy case on your desktop, or simply the fastest graphics card currently on the market (I mean, if you can actually find them in the market that is..).

We never want to discourage people from getting into PC Gaming and streaming because they think these builds are what they need. They’re really not, we can tell you straight up that you can have a great gaming experience for half the money or less. But that doesn’t mean there isn’t definite value in having much of the extra power that this system has to offer, especially when you start looking at higher resolution screens, or if you simply don’t want to make concessions when it comes to graphics details in games. What we built here today might have gone a bit ‘beyond’ simply for RGB reasons, but it is a powerhouse for gaming without going to extremes such as custom water loops or SLI systems which we know gives a headache more often than it gives an FPS benefit.

Next up: testing these rigs. We’ve started building our streaming setup already with some awesome Eizo FS2735 1440p IPS 1440p screens and some other sweet supporting hardware. Stay tuned! 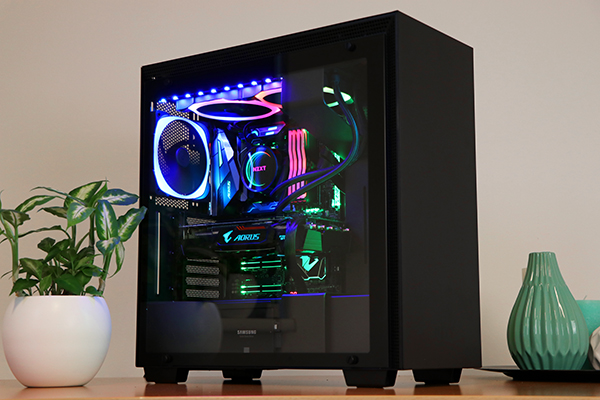 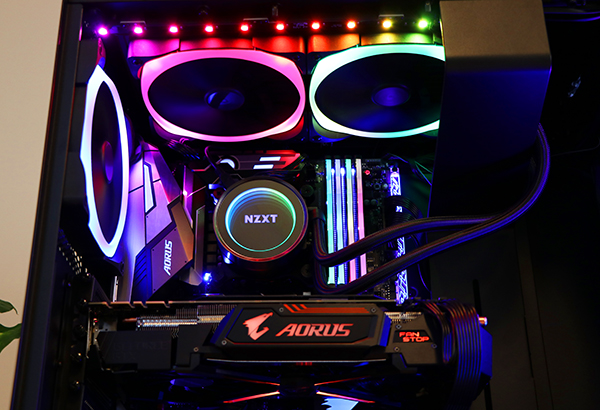 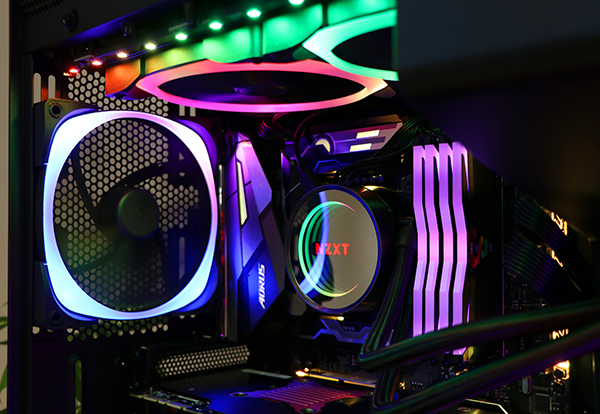 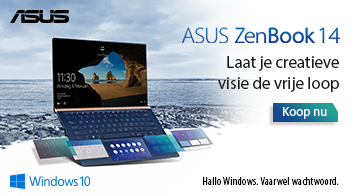 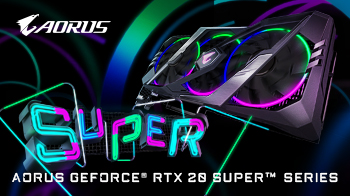 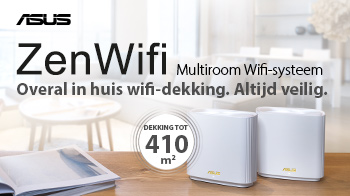