So we built our two Game PC’s and are ready to roll. One based on the mid-range GeForce GTX 1060 and one around the high-end GTX 1080 Ti. Like we said we’re putting ourselves in your shoes here and are simply going to start streaming with these gaming systems so we can point out what you should know, and what you should pay attention to when preparing your pc for your new adventures online.

Before we start though, let’s lay down that performance baseline: Basically testing these systems from a gaming point of view first, before we know what the impact is of us streaming our gameplay. So we played some games and ran some benches.

According to the latest Steam Survey almost 80% of gamers play on 1080p resolution (or Full HD or 1920x1080p however you want to call it). And most of the other 20% run lower resolutions. Basically the group of players running ‘premium’ monitors with 1440p or 4K screens is less than five percent of gamers worldwide! This does include China, so that skews the numbers a (fair?) bit, but it’s a pretty solid indication that 1080p gaming is what matters to most of you

For our setup we’re using two damn impressive Eizo FS2735 2560x1440p IPS 144Hz monitors, but the reality is that we should focus our attention at the more typical screen. So don’t get too worried if you’re not able to dump about a thousand euro’s or dollars on one monitor; it’s cool if you can, but there is plenty of gaming and streaming to be had for lower budgets. 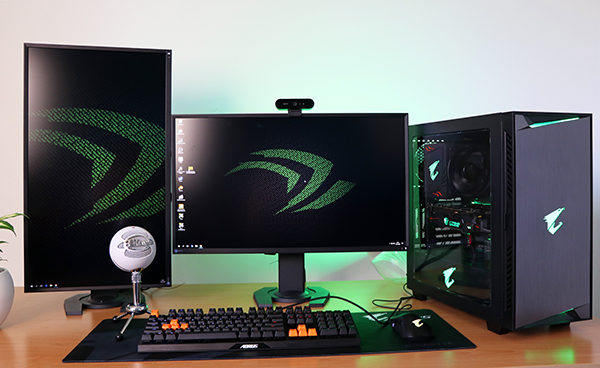 So let’s run some benches: 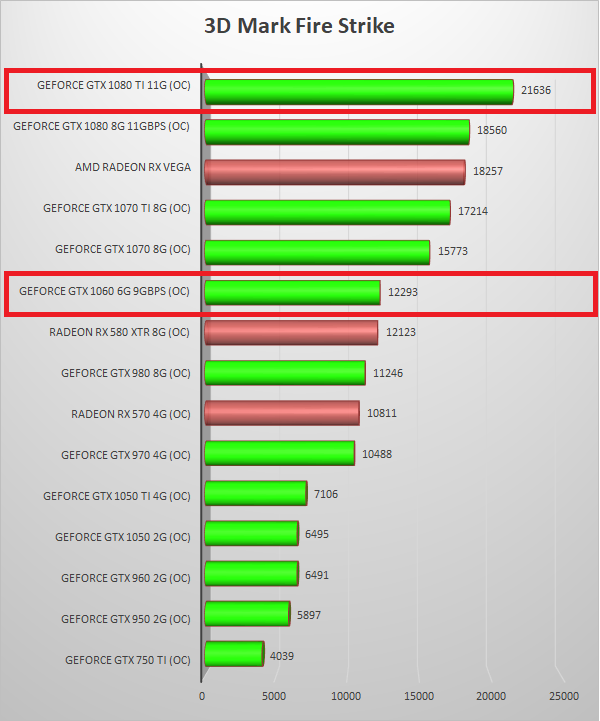 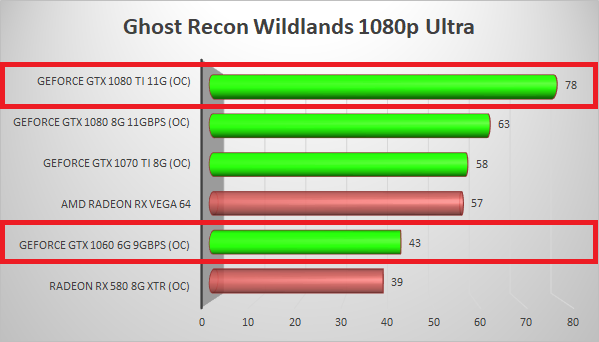 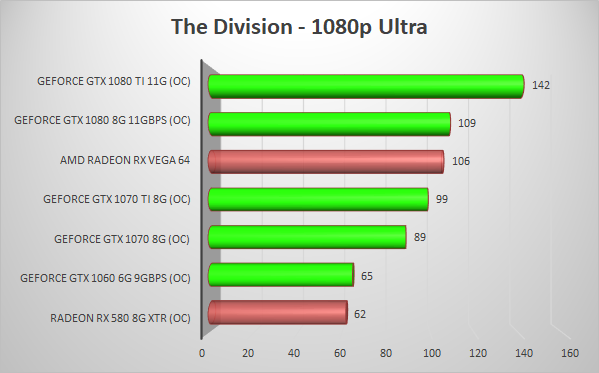 Now this is just a small portion of benchmarks we run, but we don’t want to bore you with more graphs than needed and we simply need to paint a picture. Basically a GTX 1060 is a damn solid place to start for 1080p gaming at high / very high / ultra settings. We included a few GTX 970/980 benches to point out the difference today between a mid-range current gen card and a mid-high end unit from last gen. Now given current GPU pricing we don’t expect anyone to trade in their GTX 980 for a GTX 1060, but if you’re gaming at sub GTX 970 hardware and you want to keep the settings up, it’s pretty clear that we’ve made some steps in the last few years.

Something of note: Most of these results are the same or very similar to the results when we ran the Aorus GTX 1060 Xtreme card on our testbench with an i7. Basically we can conclude that for most of these games you won’t miss out on anything with a slightly cheaper CPU, we’re using an i5-8400 here.

Another note is that we obviously didn’t include some of the most popular games. PUBG we avoid simply because that game is about as consistent as a shady politician and trying to benchmark that damn game gives more headaches than we consider healthy (keep in mind, the game is damn fun). We also skipped on benchmarking popular games like CS:GO, Overwatch, Fortnite, MOBA games like LoL/HotS/DOTA2, simply because they run so ridiculously smooth there is no need to spend too much time on that. If that’s what you play, no worries. 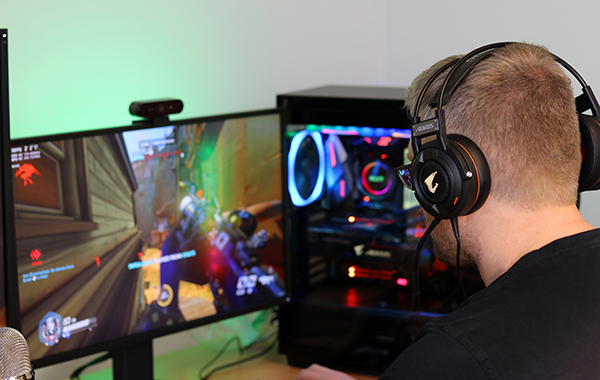 According to steam 1440p gamers might be a tiny minority, but we really think this is where modern premium gaming is at. After all it’s here (and in 3440x1440p) where we find tons of top-end monitors that puts anything sub 300 euro’s to shame. Now we might have been using the Eizo FS2735 for over two years, but it’s still a good example of a premium gaming screen, or call it ultimate. Especially if you do more than just game you’ll start appreciating the things it can do, but I digress.

Larger screens add immersion, higher resolutions add visual quality which benefits tons of games. Higher refreshrates are obviously another vital aspect of modern day gaming if you can afford it, or if you play shooters should be the first thing you’d look at. Now we won’t delve into the monitor aspect too much yet, we’ll have a separate part of this series dedicated to monitors. 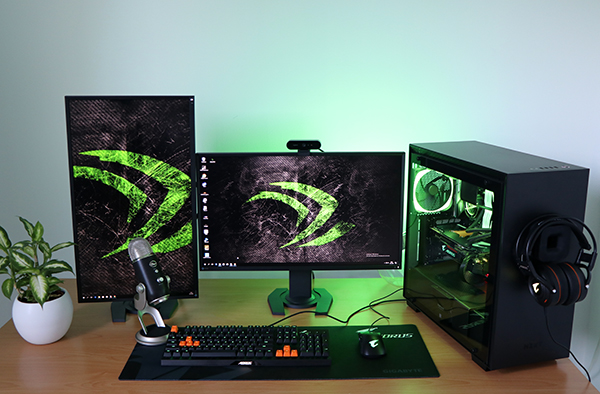 Right, so we got a little off-track there, but that happens when you have strong feelings about monitors I guess 😉 Some results: 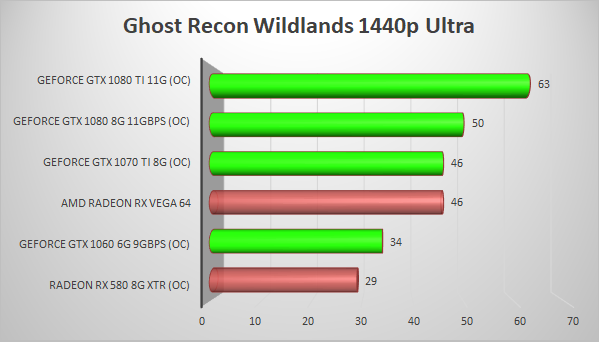 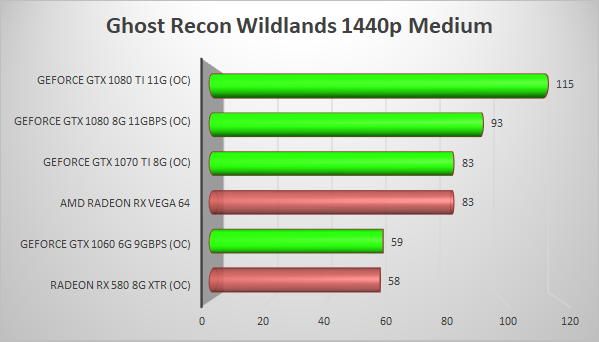 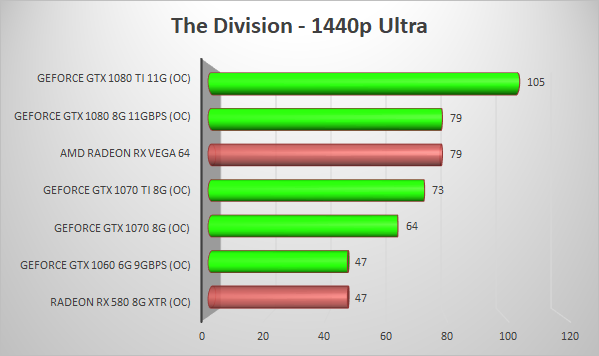 Certainly we’ll get most games running fine on 1440p with the GTX 1060, but definitely not with higher settings in heavier games. Something like Overwatch or Fortnite obviously isn’t an issue, but in AAA games you’ll have to pass on detail settings. Even though as a streamer you’ll still output in 1080p or 720p to your viewers, the loss of detail from your gameplay will be visible there too. It becomes obvious that there won’t be too much point in trying to stream with the mid-range PC while playing on higher-resolutions, 1440p and beyond are high-end GPU territory for the most part. Sorry: high-end current gen territory, assuming you want to stream detailed AAA games that is, considering the GTX 1060 is still ahead of the GTX 980. 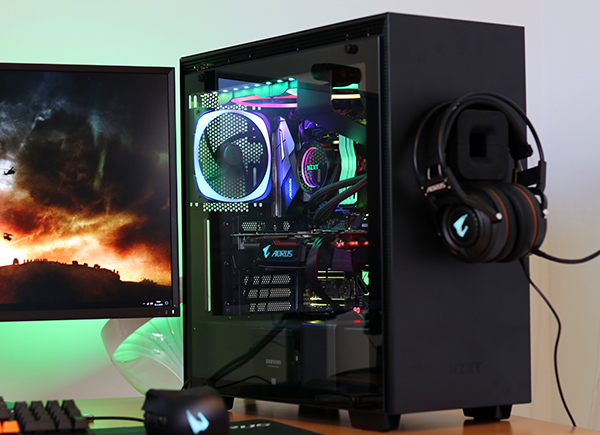 Obviously we’re kind of talking basics here for those that are familiar with building computers and regularly check GPU reviews. The fact that a GTX 1060 is a good 1080p card should not be news to them, nor that the GTX 1080 Ti is in a class of it’s own. Still, we’re assuming here that not everyone is a GPU review reader and many gamers who want to start streaming simply want to know what they should get and expect from their gaming systems, and that’s what we tried to do here.

We clearly can’t get around the elephant in the room and that is the pricing and availability of any graphics card in the market today. It’s a significant issue for gamers looking to buy a new pc or upgrade something older, and we wouldn’t be surprised that those on a budget are looking at Playstations or Xboxes at the moment considering how hard it is it buy even a mid-range card. Unfortunately we have no idea how this will turn out in the next weeks and months, although we realistically don’t expect it to go much better overnight. I wish we could say “buy now it’s going to get worse” or “wait a few weeks”, it’s a guessing game. What we usually do say however is that if you’re in a position to wait then doing so is rarely a bad idea. Yet if you really are in need of something new today, you might as well go for it and enjoy what you buy rather than worry too much about what happens in x number of months.

Still, we have a long way to go with this series so we’ll carry on with our plans. We’ll definitely keep you up to date with the changes in the GPU market in the coming parts, and adjust our advice accordingly. We’ve laid out our performance baseline today, so we can now focus on gaming and streaming on 1080p resolution with the GTX 1060, and will focus on higher resolutions with the high-end system. In the next part we’ll go through the basics of Nvidia Shadowplay and OBS. More details on the systems we’re using you can find in the previous parts: 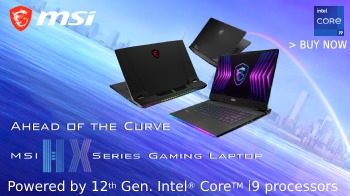 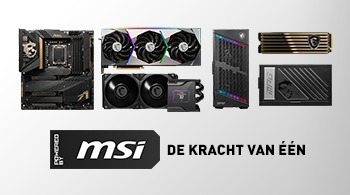 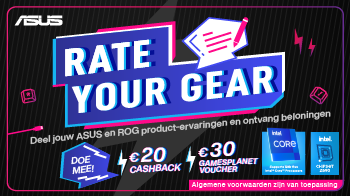 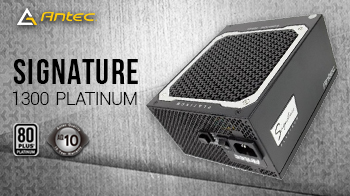 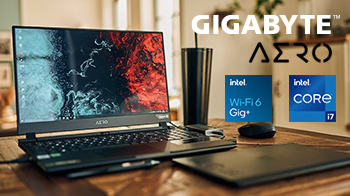